HOW THE NUFFIC PROJECT AFFECTED ME

The Nuffic project empowered me as a gender champion of Pwani University (PU). I attended several training courses and workshops organised by the Nuffic programme. This helped in expanding my knowledge and awareness of gender equality and inclusivity. It totally changed my perception of gender as a whole; for instance, I started looking at and considering issues around me with a gender lens. 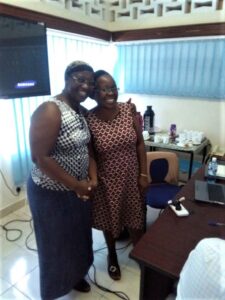 THE ROAD TOWARDS GENDER EQUALITY

In my view, gender equality and inclusivity is well perceived and embraced by the entire university right from the top management level to the lower levels and even by the students within PU. Gender has been streamlined in all the departments and sections of the university. In addition, all university policies and programmes are gender-sensitive. The appointments made are also gender-sensitive. Setting up a childcare centre is ongoing, to help the staff and students with childcare services during working hours to improve their productivity at work. The project provided the funds needed to start and equip the childcare centre.

HOW THE PROGRAMME CONTRIBUTED TO GENDER EQUALITY

Through the programme a gender office that is well equipped was set up and a gender champion appointed. The gender champion is mandated to oversee all gender-related issues within the university. The programme organised several training courses and workshops that were really needed for the university staff. A gender committee was formed comprising of members from all schools and departments within the university. The gender committee was trained to be trainers (ToTs) through several training courses and workshops that empowered them to sensitise and create gender awareness in the whole university. With these training courses, we were able to streamline gender in university policies, programmes and curricula. 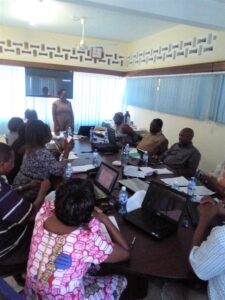 Loice Ojwang together with gender team at PU.

LESSONS LEARNED ALONG THE WAY

I learned that gender equality and gender inclusivity is very important for the proper and successful running of any institution. When all genders are equally represented, the interest of all genders is well taken care of and the productivity of the institution is enhanced.

The emphasis on teamwork, for example in setting up a gender committee and the ToTs, is very essential in sensitisation and streamlining gender-related issues in any given institution. For new ideas to be embraced, sensitisation is required at all levels, from the top management to the lower levels.

We plan to have a state-of-the-art childcare centre at PU that is functional and well equipped. For starters, this centre will provide childcare services during working hours from 7.30 am to 5.30 pm to PU staff and students. In the long term, the university can turn it into a revenue-generating activity by offering services to other corporate organisations within Kilifi for a fee. This money will be used to pay the workers and for the day-to-day running of the centre. The plan is to include children of ages from 3 months to 3 years old at the facility.